Since I haven’t been able to make any breakthroughs researching Froilan/Froylan de la Garza (father of Candelario de la Garza) directly, I went back to look at his first child, Jose Ysidro Garza Martinez’s baptism record.

It names Antonio Escamilla and Maria Josefa de la Garza as the padrinos (godparents), so I researched Maria Josefa.

Looking at baptism records naming this couple as the parents, I found one for a Jose Froilan Garza Valdes in Santiago Apostol, Santiago, Nuevo Leon, Mexico on 10 October 1803. It says he was “Español”.

Compared to Maria Josefa de la Garza’s baptism in 1810, Santiago Apostol, Santiago, Nuevo Leon, Mexico.  It is also noted on her baptism record that she was “Española”.

Full disclosure: A cousin has another suspected Froilan Garza (https://www.familysearch.org/tree/person/details/M2N5-5JK) attached to our Family Search Tree, but that Froilan’s wife is listed as Maria Antonia Salazar and he was from Vallecillo, Nuevo Leon instead of Santiago.  This all is important to note as we know our Candelario‘s mother was Maria Rita Martinez, not Maria Antonia Salazar, and that Candelario was born and baptized in Santiago as this family I’ve shared here.

View all posts by tellthejourney

What do you think? Cancel reply

This blog touches on a lot of topics, but has slowly turned into a genealogy blog. Hope you enjoy and thanks for visiting! 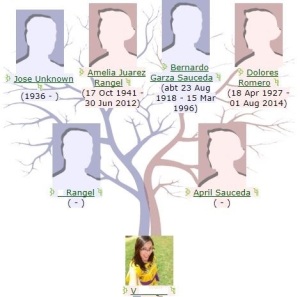 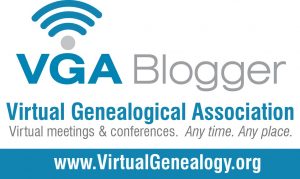 Projects in which we Participate